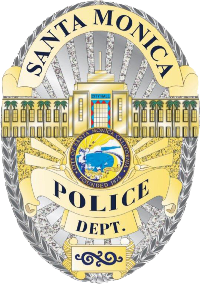 On March 20, 2022, at approximately 2:50 a.m., officers from the Santa Monica Police Department (SMPD) were dispatched to investigate a commercial burglary at 1709 Pico Blvd, Dr. T House.

When SMPD officers arrived on the scene, they noticed that the glass door to the business was broken. They were reported by the whistleblower, who provided them with a description of the suspect and his direction of travel. Officers drove through the 1900 block of 17 Alley and located the described man, later identified as Austin Reed Turner-Crawford, a 24-year-old homeless man.

SMPD detectives believe Turner-Crawford may be responsible for other recent commercial burglaries in the area.

Anyone with additional information regarding this incident is strongly encouraged to contact Detective Zamfirov at 310-458-8398 or the shift commander (24 hours) at 310-458-8426.